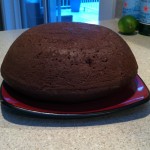 It was a relatively successful mixing bowl cake baking experience but… a flat top. Not so much resembling a bomb at this point. What to do? Enter LOTS of chocolate icing, a marshmallow and “fuse” and some funky icing piped words to distract from the curious shape of said Bomb cake. 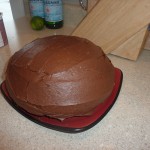 1) Use a ton of chocolate icing to round off the top. 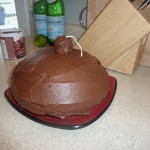 2) Add an icing coated marshmallow using toothpicks and then add a  ‘fuse’ of some kind. Sparklers are great for the actual candle blowing bit… 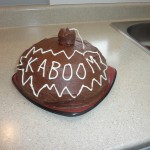 with icing to funk it up a little.

Tah dah! Bomb cake complete. It would probably work to use two cake mixes and then put them together to make an actual round or spherical shaped cake, but I’m not really talented or skilled enough to take on such a project. 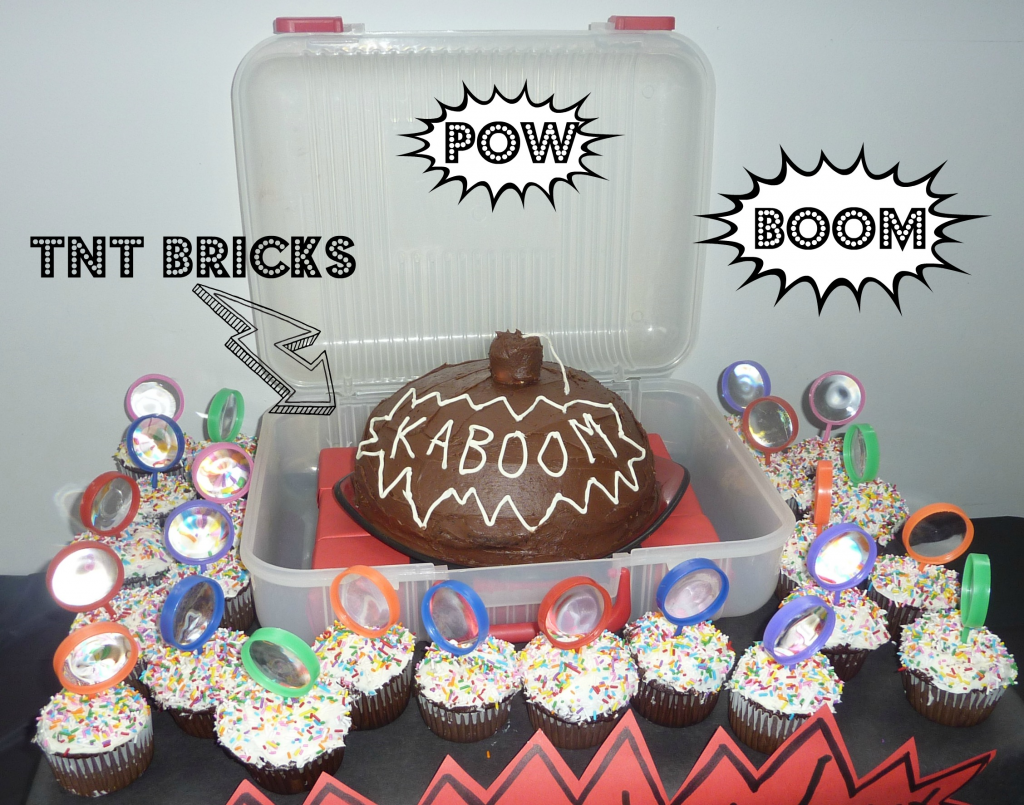 Now, just add some confetti covered cupcakes with a ‘spy glass’ inserted in them, create a slightly elaborate cake display area using a “briefcase” filled with TNT and the “Bomb” cake… and you have a Spy Birthday Party Cake Bonanza! Yeah!

And remember, my housie friends, HOME is not built in a day. Enjoy the journey!

« Life: Birthdays – Will the Cake be a Bomb?? Part 1
4F Craftin’: How to Make a Sweater-tastic Winter Pillow » You guys! I'm so excited about the front door and

What is your favourite way to add a spring feel to

One thing I can't wait to style again when we move

Last night on the drive home from working on our n